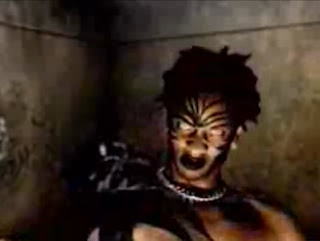 I remember feeling unready. It was my senior year of high school, many of my out-of-town friends had tripped, and they announced that they were coming into town in a few hours, bringing blotter, and we were all going to trip together.

N– had the house to herself that night, a Friday. When everybody got there they had already dropped, so we took ours. First thing I remember is that my friend Neil, always the provocateur, brought along a movie, and we watched this as the acid took hold: “The Miracle Worker.” One clear image: Helen Keller’s father leaning into the crib, realizing that the baby was deaf and blind, and screaming into its face. Oh my God.

I went outside. It was night, but there seemed to be light everywhere, shifting over the yards and houses of the neighborhood in sheeting, nebulous patterns. Matt was on the back porch, having a bad trip, his eyes wide and nervous.

Mike was eating party mix, that all-purpose concoction of mini-Melba toast, cheese crackers, pretzels, peanuts, whatever else. “You know why they call it Party Mix?” he said. “Cause when you’re at a party, you don’t give a fuck what you’re eating.”

Dan was in the dark bathroom, alone. Someone went in to see what he was up to. “Nothing,” he said, sitting on the side of the tub and looking nervous, like he was trying to cover something up. “What’s going on?” they said again, and looked behind him. He’d knocked over a candle, and spilled glorious ribbons of red wax all over the white porcelain.

I remember being distinctly creeped out by The Prodigy’s “Breathe” video. Who wouldnt’ve been?

In the morning we took a tour of Blairsville, my rural town. Somebody wanted to go to Bolivar Falls. Julie hated the idea; had been there a thousand times. “Everybody always wants to go there, and it’s this huge long walk up a hill and it’s not even that great anyway.” But we went still; to a little waterfall and swimming hole deep in the woods. Neil looked around at graffiti’d rocks, trash on the ground. “It’s exactly like I thought it would be,” he said. Nobody wanted to jump in; Neil eventually did, though, out of principle.

Next we went to the abandoned mental hospital. We found an old silo filled with water on which was a layer of fluorescent green algae. “This would be a perfect place to hide a body,” Matt said. He never forgot about that silo, and when I told him years later that it had been torn down, he was sad.

I had been recruited to drive. On the way out of the field I backed into Eric’s car. No damage, just a scare. Oh well.

We went to the park and waded in the stream. God, where didn’t we go? I felt like we’d lived for days in the space of one night. At some point it had to end. I didn’t feel changed from the experience, like everyone said I would. I hadn’t had any huge insights. I felt like I’d taken a drug and that was that.